BetMGM has signed a deal with Play’n Go that will allow its customers in New Jersey to access the provider’s games. The scope of the partnership agreement is not limited to this state.

Both companies announce plans to jointly expand to other US territories. In the nearest future, they plan to begin active operations in Michigan.

Commenting on the deal, commercial director of Play’n Go, noted that their company has entered the US market several weeks ago, but had already managed to pick up a remarkable growth rate.

Play’n Go currently experiences truly “meaningful times” in North America. The development team is fully aimed on making it the preferred casino entertainment provider in regulated markets across the region.

In the first episode, the actor met with many television and sports stars, consulting with them about the prospects for certain bets. What happens in the next episode is still a mystery. Catena Media has released its third quarter report. For the year, their revenue is down 2% to $33.4 million. Immediately after the publication of the report, the company’s shares were down 24%.

According to the audit, 25% of its employees in Europe are now negotiating the sale of assets (including the AskGamblers brand). The company is going to focus on North and Latin America and reduce its presence in Europe due to high inflation and lower costs for players.

Understanding why Catena Media shares are down 24%

In our opinion, investors have overestimated the company, there has been an obvious trend reversal. Catena stated it was restructuring the company and strengthening its position in the US market, but all financial indicators say otherwise:

— The total debt was reduced to 51.3 million, but the debt/EBITDA remained at the same level (due to the fall in EBITDA).

The audit of European assets that began in the summer, job cuts by 25% to save money, and the involvement of external consultants did not save the situation. The result is a sad report for Q3 and a clear deterioration in the company’s financial position Gambling operator Codere published the results for the third quarter. In nine months, the company’s revenue amounted to €85.2 million, up 40% compared to 2021. Mexico performed particularly well, with net income for the quarter up 82%, and Spain up 29% despite marketing restrictions.

Codere representatives also reported that they had previously been given a license to work in the Argentine province of Cordoba. The company hopes to be able to start operations in the region from 2023. The New York State Gaming Commission published a report on bookmakers in October. Ever since mobile betting was launched in the state, betting volume has been on the rise. In October, it reached $1.54 billion, up 23% from September. American Gaming Association announced that in the third quarter, the gambling business has earned $15 billion, up 14.7% over the same period last year. Profit is expected to be higher in 2022 than in the record-breaking 2021.

The total for the first nine months of 2022 has already exceeded revenue for all of 2019.

Bill to legalize casinos and sports betting drafted in Texas In the US state of Texas, a bill has been prepared to legalize casinos and sports betting. According to local news agencies, the author of the document was Senator Carol Alvarado representing the city of Houston.

According to the content of the document, the Gambling Commission to become a regulatory body will be created in the state. Alvarado proposes to open four casino resorts in the largest cities of Texas, with a population of more than two million people. The draft law provides for several levels of gambling licenses which will allow gambling in small towns of the state.

Tax revenues from gambling are proposed to be directed to education and public safety.

The discussion of the document will take place at the next legislative session, which starts on January 10, 2023.

Recall that in 2019, a bill on the legalization of sports betting was already introduced in Texas, the author of which was a member of the House of Representatives, Republican Eddie Lucio. However, it didn’t receive the support of deputies at that time.

Betano will now host content from FBM Digital Systems (FBMDS) in Brazil. Both sides confirmed that they have entered into a strategic partnership agreement.

The provider’s portfolio of more than 60 online casino titles, from slot machines to table games, will be made available to Betano’s Brazilian customers. The brand owned by Kaizen Gaming, has chosen to integrate Fruit Picnic and Golden Metropolis as the first products from FBMDS.

The provider was always focused on Latin American markets, especially in recent months. Mexico and Peru are among the Latin American territories where the supplier has entered since August 2022.

However, the latest agreement will allow FBMDS to enter one of the largest markets in the region, which means more to the supplier than most others.

Earlier in August 2022, Kaizen Gaming helped Real Dealer Studios debut in Greece and Romania. This significantly enriched the operator’s portfolio by adding games with live dealers to it. 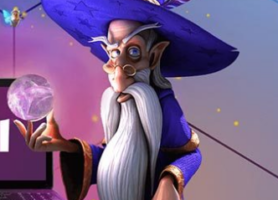 Articles
What is the Fastest Payout Method in an Online Casino?
Comments: 0
Views: 13